Posted by Unknown on November 04, 2014
2014 has been a hectic year in Zhuhai where the expat community has grown faster and new companies have started to establish in the city.

The main public spot that really has grabbed people´s attention is the 180.000sqm  Huafa New Mall located in an ever growing Huafa New Town (华发新城).

The mall features clothing shops such as “H&M”, “Uniqlo”, “Lee” and “Just Cavali” among others, all of which have been attracting many people who would usually buy their clothing online or change their habits to standard chinese shops. 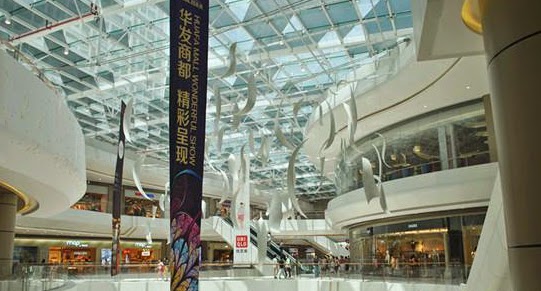 Huafa area in Zhuhai is really looking western enough with loads of british / german / american restaurants which have definitely benefited from the raised numbers of expats living in town.

Everything is speeding up in South China as the bridge connecting HK, Macao and Zhuhai is in its last phase of construction.  The bridge will have an impressive impact on China´s economy, especially Zhuhai, as the economy will be mainly focused in Guandong area.

The city of Zhuhai is yet to discover its expansion in an ever developing economy and will definitely have a stronger name in China.

Volunteering at Come Together 2015 on behalf of The ODM Group was a great experience. The festival is an annual charity music festival that brings expats and locals together, supporting the local community and raising an outstanding amount for charity. The Charities Being Southern China's largest charity concert, we raised lots of money for Zhuhai Autism society, specialised in educating children with autism. This charity empowers young children with Autism, a great cause and a brilliant festival. We also raised money for the Charity Promotion Association of Zhuhai, another great cause trickling down through charities around Zhuhai, providing assistance to vulnerable sectors of society. The Events  Many of Zhuhai's local bars and restaurants held tents in the food and drinks area from London Lounge to Jewel of India, all collectively raising money from their sales. A wide variety of food and drinks where available, western and eastern. The Acts this