My First Month In China.

Posted by Unknown on April 07, 2016
Starting university I never thought I'd find myself in China. Doing a four year degree that gave me the opportunity to study abroad, even though my language ability was next to none; Saying "bonjour" and "amigo" in the same sentence I plucked up the courage to travel 9600 Km to Hong Kong.

Spending five months in the Netherlands and then another semester in France, I finally got the courage to think that maybe a country like China wouldn't be such a bad idea. After a month of being here, I can agree, it is one of the greatest decisions I've made in my life.

Following a bumpy flight and a long talk with a man about how great china was, only breaking conversation to eat his slowly melting Haagen Daz, I felt like I was almost ready for what was to come. 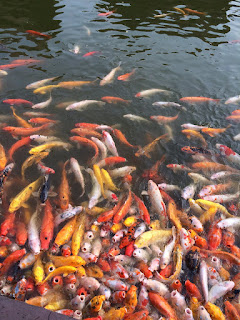 My first stop was Hong Kong, a city that is a must for anyone's wanderlust, particularity for those in my situation and needed a little easing into the Chinese way of life. As soon as I stepped off the plane I was overwhelmed with Chinese characters, tropical weather and buildings that, at short, touched the clouds. Confused with Jet Lag and a lack of understanding for what was going on, I dragged myself to the city center, dropping off my bags at the station with no possibility of entering my accommodation for 8 hours. This was almost a good thing as it forced me to keep busy rather than sleep.

With my head constantly staring up at the buildings and tall signs I made my way through the busy streets taking in the atmosphere and sights I'd never seen before. Apart from brief stops for food, this was my first day and it honestly never got boring. 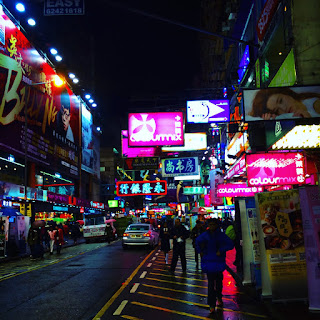 The next day, after sleeping in a classic Hong Kong room that was the size of a shed back home,  having a mattress as hard as the wood that held it up, I miraculously managed to clear up some of the jet lag and visit Victoria peak. If there is any place I would advise to visit in Hong Kong, this would be it, standing over the whole city in it's breath taking commercial ambiance you can see everything. From the Bay to the Finance buildings and even the mountains surrounding this great city, all you find yourself doing as gaping at the view. 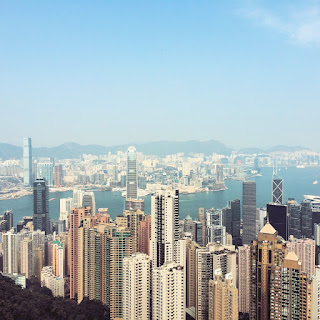 Once everything had been looked at twice over, and a couple more on top of that I made my way home back to the shed in Mong Kok. Detouring through the lady's market and stopping at some local street food stalls to get curry fish balls and what was described as "Korean Chicken" i steadily made my way to bed in preparation for the ferry journey in the morning.

Reaching Zhuhai went a lot smoother then planned, with very little problems at customs. Comfortably settled in, meeting a great bunch of interns, I received a little tour of the local area and food. Both of which looked and tasted great. One of my first meals when getting there was frogs legs and although I'd had them in France, the hot pot certainly put the French cuisine to shame. 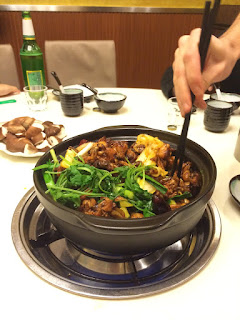 Overly dressed and feeling stupid I entered ODM in a shirt, trousers and smart shoes, only to be greeted with a relaxed and friendly atmosphere. Starting my internship and for my full first month here I have been writing blogs, applying previous SEO knowledge and building up a more effective writing style when marketing products. In recent weeks this has slowly developed into a more client based focus: adding leads, creating briefs and developing RFQ's which has now turned into some of my own clients. As well as this I have built up a call list of sports companies, 3D printing companies and even potential Singapore clients. Finally I have been dealing with separate blogs, emailing and discussing with companies interested in guest blogging and getting their brand more connected in the promotional world. 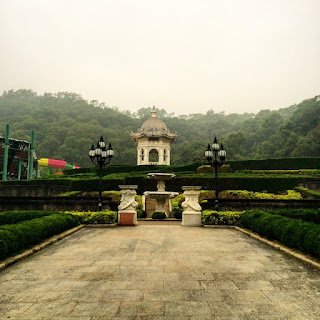 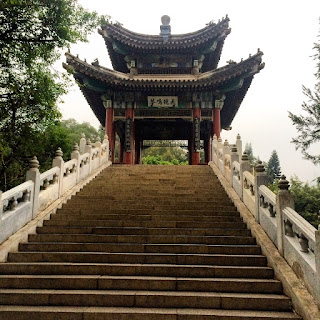 Outside of work, even with the terrible weather, I have had chance to visit one of the main city attractions that doesn't include the nightlife; the scaled Yuan Ming Palace. This was a great day visit, taking a relaxing stroll around what turned out to be the not so miniature palace, and was exactly how I pictured China, even if it was a bit of a touristy. 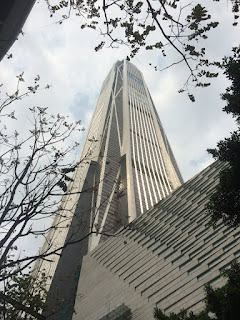 Recently as I entered my fifth week in China, I have finally seen why people described Zhuhai as a "village" compared to other cities. Visiting Shenzhen was a massive eye opener to the real Chinese city life and made Hong Kong seem like it should be based in Europe. With Shenzhen there was double the people, double the buildings and double the time it took to get around the huge city. With a 3 day weekend due to the tomb sweeping holiday to celebrate the arrival of spring, it gave me enough time to walk around the city and visit the window of the world which had hundreds of recreations of famous buildings in a miniature form. In addition to this we managed to get ourselves some traditional Chinese massages after a stroll around the city. Although being an hour of pain that can only be compared to going in a wresting wring with The Rock, it was worth it... Kind of... 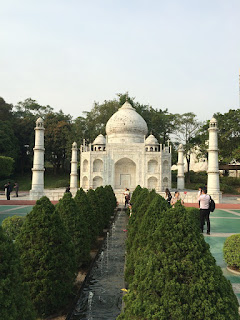 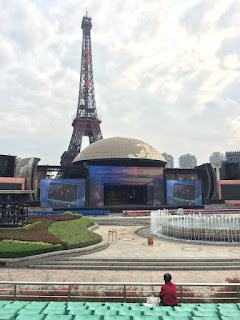 Having already achieved so much professionally and culturally I am looking forward to my following months with ODM and the rest of China. Although I haven't been able to describe half of the other things I've done within my weeks of being here such as visiting the Beach, trying Baijiu, eating a chickens foot and having an amazing kebab like food called Rou Jai Mo I cannot wait for what else this amazing country has to offer.

When my intern mate and I arrived in Saigon, our internship support company organized a food tour for us to get familiar with our surroundings and the local food. While working here in Vietnam under ODM, we had plenty of time to explore by ourselves and try the local delicacies. Today we wanted to share these experiences with you, as well as our one day trip to the Mekong Delta. This is our way to get away from the hustle and bustle of this gigantic city while getting a glimpse of life in the countryside! Food Tour - HCMC We met Binh, a local guide and his team of motorbike drivers at the Opera House for the food tour. The Opera house is a magnificent french architecture inspired building. From then on, we discovered the city on the back of motorbikes while stopping to taste typical street food along the way! The first street food we tried was banh xeo, a fried pancake made with water, rice flour and turmeric powder. It is close enough to a “crêpe” and you can stuff it any wa