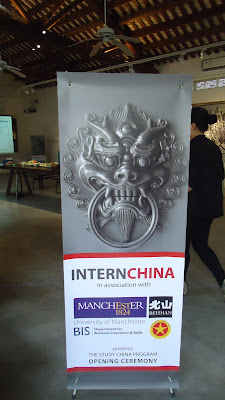 The decision to visit China for me was an easy one:
I am visiting China as part of the StudyChina programme, which is now in its sixth year. It is managed by the University of Manchester on behalf of the UK Government and is open to students who meet the eligibility criteria at all UK Universities. This year StudyChina began working with InternChina which allowed them to introduce a work experience element to the programme; successful candidates would benefit from a week of Mandarin language lessons and a weeks internship, as well as participating in cultural activities and living with a host family.

The aim is to encourage UK students to visit China and equip themselves with skills to live in an increasingly globalised world.

I know that I am going to gain a lot from participating in the StudyChina programme, and feel lucky to be one of the 250-odd selected from more than 1,000 applicants.